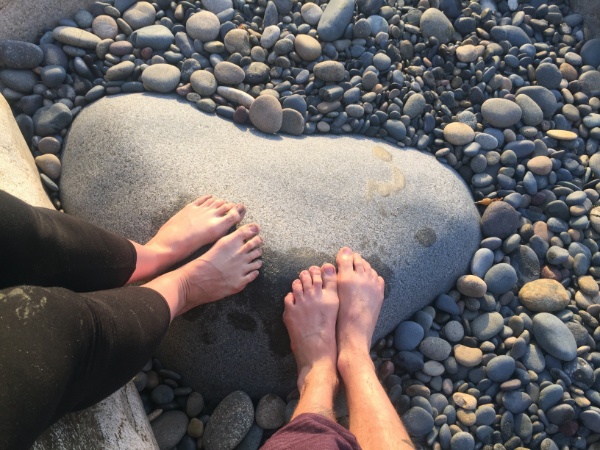 Last year I was starting to have a breakdown, I felt like I was needing a hard restart, However, I didn’t know what that looked like. I sat with it for a few months and then an option presented itself, to live/ work at an ashram in Sedona, Arizona. It felt like an opportunity that I couldn’t pass up, so I went for it. I sold most of my things, put my practice on hold and headed westward. It started with a trip to southern California with my partner, Angela, to visit family and also to help facilitate a ManKind Project weekend in San Diego. We were there for about two weeks, exploring the fruits of the region and it was wonderful. Warmer weather, the ocean, whales, sandy beaches, and a fresh start. I felt free, free of obligations, free of commitments to landlords and free to choose where my next steps were. After a few weeks, Angela and I headed east to Sedona, and what a contrast in environments it was, little did I know what would happen next.

What was to happen next, challenged me and also offered me huge opportunities to grow in ways I never expected. Angela was only to be there a few days, before returning to Michigan, to pack up her things, I would join her in a few weeks after that, to drive back to Sedona and start our new life, that’s not how it happened.

This is where my life really started to flip. I started to realize, after being there for a little bit, that it was not in alignment with what I was wanting/ needing from the experience. It was one of those  “Fantasy>Reality” situations. ( Fantasy is greater than reality, for you non math nerds out there.) So, I did something that was very difficult, I changed my mind. Now, I’ve changed my mind a thousand times, and in some really easy ways, but this one was not a typical situation. I had to tell Swami that I was leaving and with that, all of my fears of quitting jobs and leaving relationships all came crashing down on me in an intense way. I started projecting all of the worst situations and scenarios on to Swami and what might happen. When it came time to tell him, he was so sweet and understanding and told me that I always had a home with him at the Ashram, and that he wished me well on my journey forward. This was not what I was expecting and it was also intensely healing for me to have this experience.

Moving forward, the next hard thing I had to work through was what I show in the video below. When Angela came back to Sedona, to meet up with me and drive back to Ann Arbor, my agenda was to just B-line it home and get back in 2-3 days, she had a different idea. ” Why don’t we take our time and enjoy the scenery around here and slowly make our way home and get home when we do? Why do we have to rush?” This sounded like Greek to me, as every cross country road trip I’ve ever done, has been done in record time, with very little sight seeing, and to spend almost 2 weeks driving across country turned out to be one of the biggest lessons I’ve had to deal with in a long time. It was also one of the best decisions I’ve ever made.

After returning to Ann Arbor, another interesting perspective arrived that I wasn’t expecting either, A lot of assumptions cast in my direction that weren’t true. ” Oh I’m so sorry that it didn’t work out!”, “That’s terrible! I know how badly you wanted to be out there!” However, my reality was, I am grateful to be back in Ann Arbor with a huge community of people who support me, including my clients who quickly took advantage of getting back in my office to see me. I also wouldn’t change anything about the last two months of my life, I would do it all over again in a heart beat. It feels so liberating to have shed all of the stuff I did, all of the material possessions in my life that had old energy in them, stepping away from my usual day to day, to experience something knew, and helping me realize what I have in Ann Arbor and all the gifts and abundance that surrounds me here. I would not have come to this realization with out doing everything that I did.  Also, it gave me an opportunity to do what I’m doing now and that is restructuring my practice into doing more of my Life Catalyst work which feeds me on such a deep level. This is something that I wanted to do before I left and I didn’t have the energy then to do it.

In closing, what I want to say is this. If you’re feeling stuck and need a drastic change, go for it. If you have the means and desire, chances are the universe will provide an opportunity for you to step into that. Also when doing it, don’t be attached to the outcome, that’s the worst thing you can do. I’ll leave you with this wonderful Taoist story about the farmer and his son.

There was a farmer whose horse ran away. That evening the neighbors gathered to commiserate with him since this was such bad luck. He said, “we’ll see.” The next day the horse returned, but brought with it six wild horses, and the neighbors came exclaiming at his good fortune. He said, “we’ll see.” And then, the following day, his son tried to saddle and ride one of the wild horses, was thrown, and broke his leg. 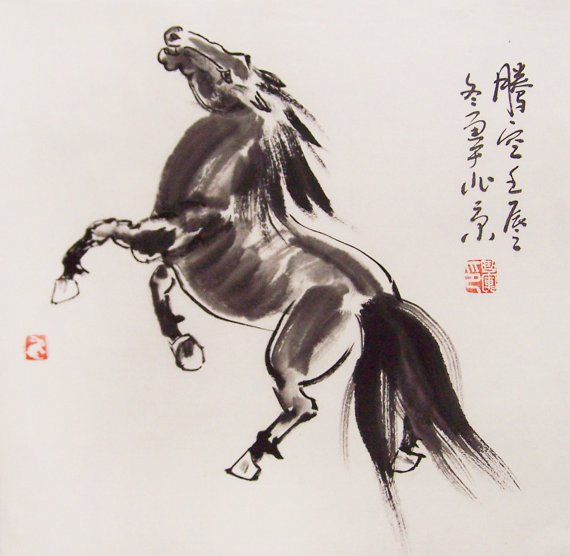 One thought on “A hard restart”

Want To Receive Our Monthly Newsletter?